As you may know from my article “Valpolicella Here I Come,” I spent the first week of September in Valpolicella, Italy as a guest of Consorzio Tutela Vini Valpolicella. 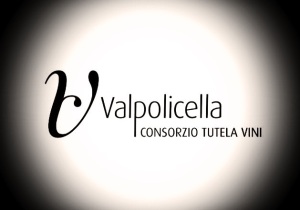 Five other bloggers and I were treated to a week of winery visits, wine tasting, an abundance of food, incredible Italian hospitality, laughter and fun. We were there to explore the region through the use of the Consorzio’s new Valpolicella travel app, which can be downloaded for free at the App store, entitled Valpolicella Wines. The app was designed to assist travelers to the region discover and explore regional wines, wineries, restaurants, accommodations as well as points of interest within this beautiful region in order for tourists to get the most out of their stay. You can download the app to view the wineries I visited as well as view their inventory and prices of each bottle of wine in euros. Pretty cool, hugh. 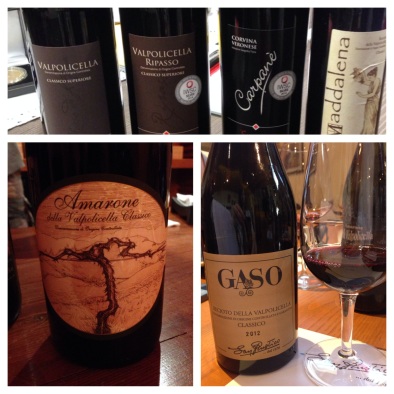 I wish I could write an article detailing each winery we visited, highlighting their unique perspective and wines; however, that would require 13 articles, which I believe is too much for both of us! Therefore, I will attempt to take you through my journey each day, briefly highlighting each winery and the wines we tasted. It will not do them justice but will offer you insight to my overall experience. This article will be the first in a series of three. Because I must be brief, I strongly encourage you to follow the hyperlinks to each winery, view their beautiful photo galleries so you can get a sense of the beauty of Valpolicella, read each winery’s story and view their entire portfolio of wines. Most offer English translation options, some are distributed within the US, others can possible do personal shipments. However, the best way to experience each of them is to visit! 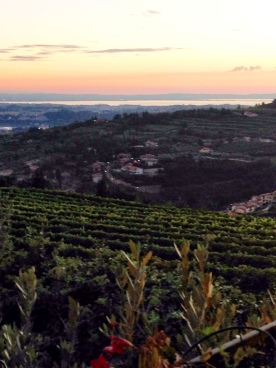 Our first stop on day one was to visit Valentina Cubi, located in the Fumane valley. This was a wonderful estate with a great story to share. Their philosophy, “The estate does not aim at richly extracted wines, but, instead, looks for freshness, elegance and a sense of origin in the wines, for which these vineyards provide the perfect raw material.” Valentina Cubi recognizes “a great wine is not made in the cellar, but in the vineyard ~ this is the premise from which all winemaking at Valentina Cubi departs.” A point of note Valentina Cubi offers an Agriturismo with five rooms open for stay from April to October. The rooms were rustic and elegant, offering a perfect taste of the wine lifestyle in Valpolicella. 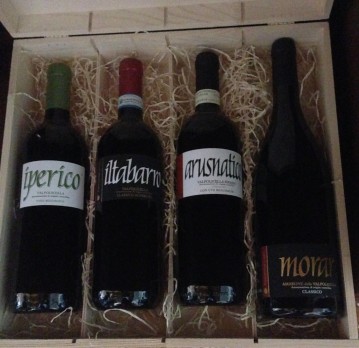 We tasted six wines at Valentina Cubi: Iperico 2012, Valpolicella Classico; Iltabarro 2012, Valpolicella Classico Superiore; Arusnatico 2011, Classico Superiore Ripasso; Morar 2009 AND 2003, Amarone della Valpolicella, and Meliloto, Recioto della Valpolicella. Each of these six wines were high quality, elegant and highly enjoyable. I recommend all of these wines. However, my overall favorite was Morar 2003 Amarone della Valpolicella. The wine had a dark, robust nose with sexy viscosity. It danced across the palate with rich yet refined flavors of ripe black berries, bramble berry jam, baking spice accented by anise, and a touch of toasted hazelnuts, while flirting a touch of mocha throughout its velvety finish. Excellent!

Our next stop took us to another family owned winery called Scriani, also located in Fumane Valley. Scriani holds true to traditional winemaking practices of Valpolicella. They grow all their grapes in the pergola method as well as prune and harvest all grapes by hand. Their philosophy believes by “cultivating grapes with love according to traditions, in full respect of nature, means giving a continuity and authenticity to [their] projects and ensure an outcome which always lives up to [their] ambitions.” 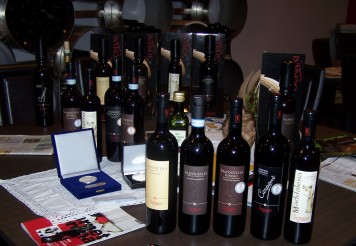 We tasted six wines at Scriani: Valpolicella Classico, Valpolicella 2012 Classico Superiore, Valpolicella 2011 Classico Superiore Ripasso, Carpane 2010, Amarone della Valpolicella 2009, Maddalena Recioto della Valpolicella. Again, these were all elegantly crafted, high quality wines. I thoroughly enjoyed each of them and would recommend them all. My favorite was the Carpane, named after the hill where the vineyard is located. This wine was crafted of 100% Corvina. It met the eye in alluring ruby with orange highlights; on the nose the bouquet was filled with fresh berries and roses; it elegantly flowed across the palate in flavors of ripe berry cobbler perfectly seasoned with baking spices and almonds. The wine offered medium body with elegantly balanced acidity and restrained tannins. A perfect accompaniment to red meats; lighter than Amarone but equally substantial. Excellent!

Our third stop brought us to San Rustico in Valgatara. San Rustico is a family owned winery that began in 1870, today it is run by two very entertaining brothers. San Rustico owns 22 hectares of grapes in vineyards that include Valgatara, Marano and Fumane. 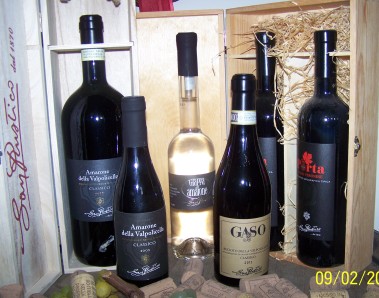 We tasted eight wines at San Rustico: Rose, Valpolicella Classico, Valpolicella Classico Superiore, Gaso Vaolpolicella Classico Superiore Ripasso, Porta Corte Rosso Veronese, Amarone Classico 2008, Gaso Amarone Classico Della Valpolicella 2007, and Gaso Recioto Classico della Valpolicella 2012. The Gaso wines were the reserve wines of the family and stood out in the tasting, offering more aromas and flavor. Though alone their other wines were quite good; the Gaso wines won my taste buds, with my favorite being the Gaso Amarone. Made in 100% large barrels the deep garnet wine swirled in the glass with sexy “legs”. It strutted its stuff with flavors of ripe cherries and spice. On the palate this wine brought forth rich, bold flavors of black cherry compote, baking spice with a hint of oriental spice and black pepper, followed by toasted almonds with touch of tobacco. This  bold, seductive red was crafted of traditional Amarone grapes: 68% Corvina, 27% Rondinella and 5% Molinara. Furthermore, after tasting this delicious wine we were told it received 93 Points from Robert Parker and I believe it. Excellent!

Our fourth stop produced some of my overall favorite wines of the trip, Terre di Leone in Marano. Terre di Leone is a young winery owned by a husband and wife team. They own 7 hectares of vines on the volcanic hillside of Verona with breathtaking views. Of the wineries we visited those that planted their vines in pergola style insisted it was the “proper way.” By contrast other wineries, such as Terre di Leone, utilized the guyot system to increase the density of the vines, believe it to be the “proper way.” Furthermore, “the respect of tradition, passion and determination of Terre di Leone make it a true artisan in the production of wines and vineyard care, conscientious that advanced technology should alongside the natural timeline where patience sees fruit transform into wine.” 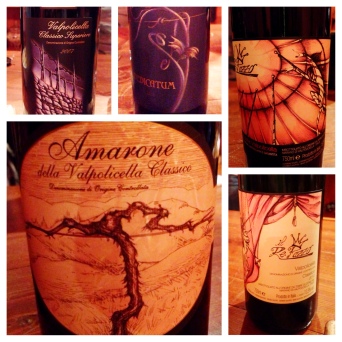 We tasted seven exceptionally good wines at Terre di Leone: Dedicatum 2006 Rosso Veronese IGT, Valpolicella Classico DOC Superiore 2007, Valpolicella Classico DOC Superiore Ripasso 2007, Amarone della Valpolicella DOC 2008 AND 2005, Valpolicella Classico DOC 2012, and Amarone della Valpolicella DOCG 2010. Truly each of these wines was worth note and I sincerely hope they find their way to the US. Since I am picking favorites I will select the 2005 Amarone because it was simply delicious! It opened with a fantastic aroma that was evident before the glass was even in front of me. The beautiful garnet color shimmered in the softly lit room. It offered refined flavors of dark cherries and plums with dark chocolate, elegantly wrapped in baking spices with a hint of oak on the back of the tongue. This wine was sophisticated and well balanced. As an Amarone it was bold yet refined. This was the first vintage of Amarone produced by Terre di Leone and would make an Amarone lover out of anyone! Excellent!

Our final visit for the evening was quite a treat. We ended our day with a lovely wine tasting and incredibly decadent dinner at Villa Bella Vigneti in Verona. The company is owned and managed by two families from an eighteenth century manor house, Villa Cordevigo at Cavaion Veronese, complete with a consecrated chapel and surrounded by 100 hectares of the 220 total hectares owned by Villa Bella. It is majestic and exquisite. Villa Bella strives to promote “local culture and traditions and to draw out the full intrinsic quality of the area’s vines and wines. Thanks to a painstaking preservation and restoration [project], Villa Cordevigo has been converted into a Wine Relais. Opened in March 2011, it has become a wonderful and exclusive destination for those who love a luxury holiday with good food and fine wines.” 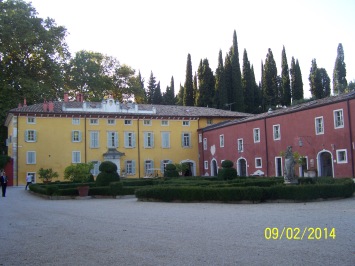 We tasted six wines at Villa Bella before dinner: Montemazzano Rosso Veronese 2009, Fracastoro Amarone della Valpolicella Classico, Amarone della Valpolicella Classico 2008, Valpolicella Ripasso, and I Roccoli 2013 Valpolicella Classico. All of these wines were quite enjoyable; however, my favorite was the I Roccoli 2013. It was an elegant and fuller body Classico than many I had previously tasted. It was deep garnet in color and offered flavors of cherries and raspberries, along with candied violets, anise and black pepper. It was bold yet refined with well-balanced tannins and fresh acidity. It was a versatile wine that would stand up to red meat and risotto but also balance nicely with grilled poultry or roast. 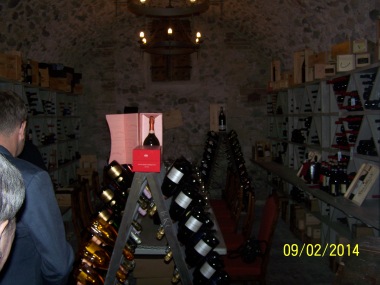 Our dinner at Villa Cordevigo was one of the most decadent meals I have ever experienced. I decided to enjoy it rather than takes notes on each dish; however, I did take pictures and made a collage for food porn pleasure… First course top left: some type of beef tartar in a frothy sauce topped with a black truffle, tasted like velvet…AMAZING; second course middle left: fresh creamy ricotta stuffed ravioli topped with balsamic glaze and alfredo sauce; third course top right, roasted pork in an Amarone balsamic glaze served with roasted shallots; fourth course bottom left: fromage assortment paired with honey and preservers, fifth and final course: some type of cake the chef made especially for our table; a traditional recipe his mom used to make from where he grew up in Naples. There was also a platter of cookies and macaroons that I neglected to photograph served before the cake. I had NEVER eaten that much food at one time in my life. The wine flowed continuously, a different wine poured with each course; there were 5 glasses at each place setting. I cannot even tell you what the wines were; all amazing, perfectly paired with each course. It was a night to remember forever!!! 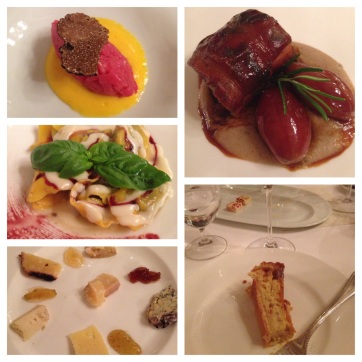 One final note, as we visited each winery, toured the vineyards, winemaking facilities, cellars and tasted wines most of the time served by the winemaker we learned A LOT about the making of Valpolicella wines, especially Amarone, the farming, science, art and crafting of winemaking and the conditions of the 2014 vintage. It was all fascinating and very informative.  In my following two articles I will share with you how to make Amarone, there is no other wine like it, as well as the current state of the 2014 vintage. It is all quite fascinating so get your wine geek on and stay tuned. 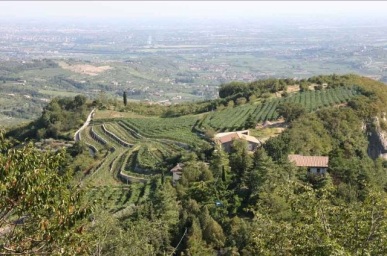 My Song Selection: The song I have chosen to pair with this awesome day from beginning to end is On Top of the World by Imagine Dragons. This was the most extraordinary day! First, I am filled with gratitude for the experience. Second, I had fanatastic travel companions and new friends. Third, Valpolicella is breathtakingly beautiful. Fourth, the wineries, winemakers and wine were amazing. Fifth, dinner was off the charts. So how can I best express my feelings of this amazing adventure: I’M ON TOP OF THE WORLD!

I realize you cannot repeat my same experience so, go to Valpolicella and use the Valpolicella wine app to plan your trip, eat some amazing Italian food and drink some amazing wine then let me know what song you would pair with it. Cheers! 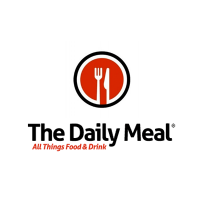 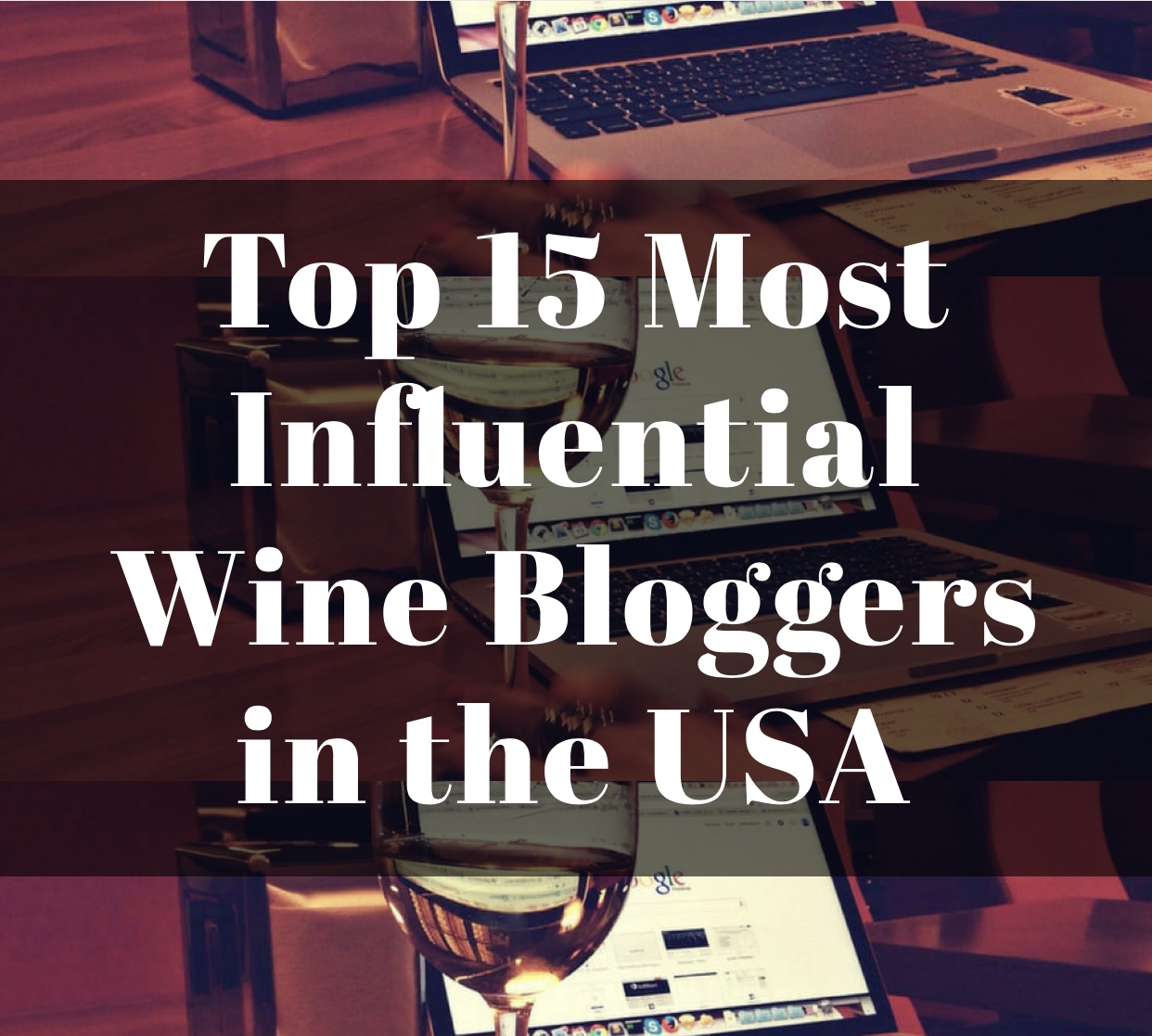 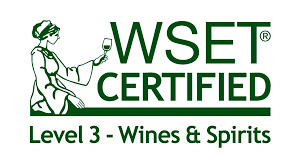