Savoring The Land Down Under with South Australian #Wine

“Do you come from a land down under? Where women glow and men plunder? Can’t you hear, can’t you hear the thunder? You better run, you better take cover.” Down Under, Men at Work 1981

I have never had the pleasure of visiting Australia. My husband traveled there on business many years ago and loved every minute of it. I now have two friends who have been relocated with work for two years in Sydney. Of course they are loving every minute of it. I hope once my son is in college the “Land Down Under” will be in my future travel plans. Until that blessed day arrives I must savor Australia through its delicious wines and the occasional Aussie wine tour through Dallas. Wine Australia made a recent stop in Big D on its Texas tour and I was thrilled to attend the seminar and wine tasting. 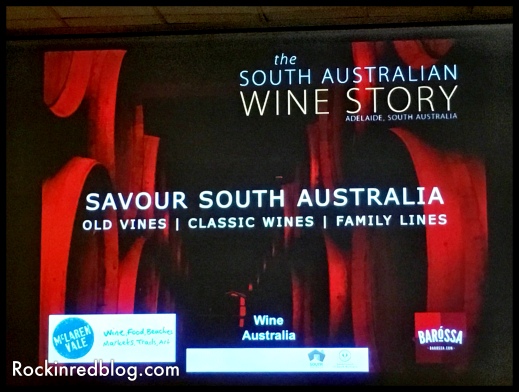 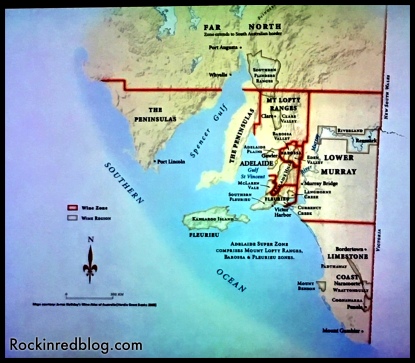 James March, Chief Executive Officer, Barossa Grape and Wine educated us on the Barossa Valley’s overall sense of custodialship of their region. Barossa Valley has a strong immigrant heritage of German and Prussian Lutherans fleeing the sixteen century religious persecution in Europe. The settled in Barossa and planted some of the oldest vines in the world. This was the birth of the South Australian wine industry. Today, Barossa wineries are run by fifth and sixth generations of the families that founded the region with vineyard blocks up to 170 years old. Although Shiraz is the star of the Barossa, varieties such as Grenache, Mourvèdre, Riesling, and Semillon are also cultivated with great success. 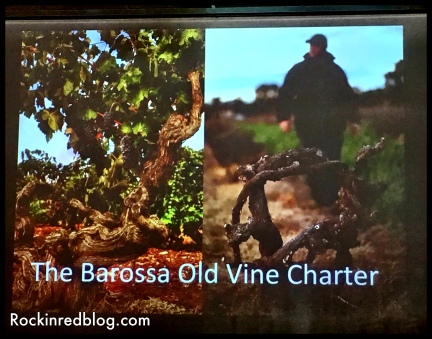 Jennifer Lynch, General Manager, McLaren Vale Grape and Tourism Association educated us on McLaren Vale’s coastal climate mimics a Mediterranean style, providing ideal growing conditions for grapes. McLaren Vale is home to vineyards planted in 1838, with vines 120 years old. McLaren Vale has a Italian immigrant heritage; therefore, not only does the region produce outstanding Shiraz, Grenache and Cabernet Sauvignon, but is also known for Spanish and Italian varietals such as Fiano, Vermentino, Tempranillo and Sangiovese. Furthermore, the landscape is not only filled with vineyards but olive and almond trees as well. McLaren Vale is a wine and food lover’s heaven. Over one-third of all cellars offer local produce as part of the tasting experience with high-end restaurants to casual platters the McLaren Vale hospitality recognizes that wine is best when paired with good food and even better company. 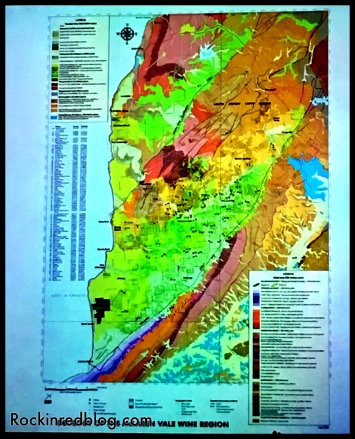 Both regions produce premium wines with unique characteristics. And both regions have a clear understanding of environmental stewardship, sustainability, and biodiversity. Australia is known for its big, full body, red wines with Shiraz being king. These wines are ideal for hot Texas summers, cook outs by the pool or lake, and of course a good ole’ barbeque. In the photo of my notes below you will see we had the wonderful opportunity of tasting 11 high quality Barossa and McLaren Vale red wines. We tasted two old vine wines from the Barossa Valley. We tasted two GSMs (Grenache, Shiraz, Mourvedre) with one from Barossa and one from McLaren Vale respectively. We tasted two Cabernets, one from Barossa and one from McLaren Vale respectively. We tasted two Torbreck wines and one Langmeil wine (both wineries I really enjoy and have written three articles about these two wineries and their wines). We tasted a sparkling Shiraz that was definitely the most unique wine of the twelve. It was the first time I had ever had a sparkling Shiraz.  It took me a few tastes to get used to it but ultimately I enjoyed it and can see pairing it with barbeque, pizza, grilled red meat or even eggs and cheese. Apparently it is enjoyed as routinely in Australia as Americans drink mimosas. 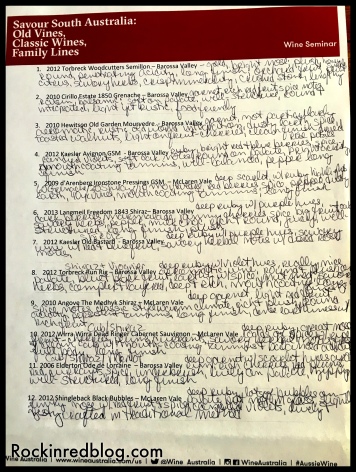 Although Australia is known for its big reds I did try a few lovely white wines as well. Our formal tasting began with a lovely Semillon from the Barossa Valley. A crisp white wine with fresh fruit notes and true to form flint that I thoroughly enjoyed. After our formal tasting I sampled a few additional whites including a dry Riesling, a Chenin Blanc and a Chardonnay. All were outstanding and I wish I took pictures because I would happily buy them and enjoy again. Australian white wines may be harder to find but based on my experience they are worth seeking out. 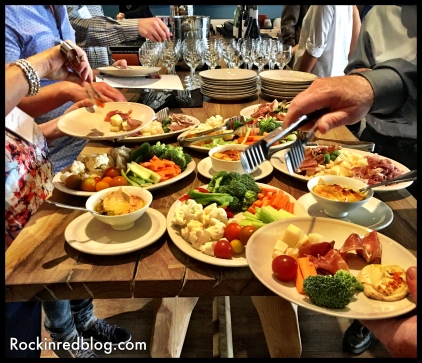 Overall it was a wonderful experience. We received really high quality educational material that I will continue to study so by the time I visit South Australia wine country I will have a good foundation of knowledge of the region and its wines. I will continue to enjoy the big reds of Barossa and McLaren Vale and certainly seek out more of the really lovely white wines as well. I encourage you too to visit your favorite local wine retailer and ask for both red and white wines from Barossa and McLaren Vale!

Thank you to Wine Australia and Please the Palate for including me in this educational and delicious seminar!