Château Pape Clément: Back to the Future

I have said it before and I’ll say it again: “There is no separation of church and wine.” Château Pape Clément in Pessac-Léognan, Bordeaux is yet another example of this fact. Château Pape Clément was planted in 1300, making it one of the oldest Grand Crus de Bordeaux. The estate was given to Bertrand de Goth upon his appointment as Archbishop of Bordeaux by his brother, Berald. In 1305, Goth succeeded Pope Benedict XI to become Pope Clément V. Because of his position as Pope, Bertrand had to give the vineyard to his successor as Archbishop of Bordeaux. However, from that day forward the vineyard has been known as Château Pape Clément. One final historical note, it was Bertrand, as Clément V, who moved the papacy to Avignon. Château Pape Clément has been recognized as producing the highest quality red and white Grand Crus de Bordeaux since 1300.

As part of my epic week in Bordeaux as a guest of Millesima, we had the great pleasure of spending an entire day at Château Pape Clément while in Bordeaux. They not only rolled out the red carpet for us but also invited us to see the behind the scenes workings of this world class estate. Upon arrival we dove right in to tasting more 2015 Bordeaux En Primeurs. The wines we tasted were of the highest quality and I immediately fell in love with the gorgeous Baccarat wine glasses. (Oh how I want those glasses!)

After our tasting we enjoyed a delightful lunch on the grounds, which as you can see are absolutely beautiful. 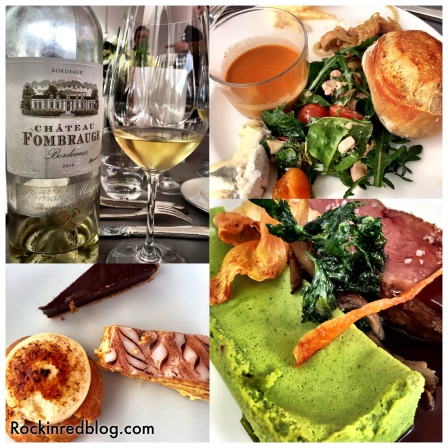 Having a Master’s Degree in History of the Christian Tradition you can bet I was enamored with all the papal artifacts. 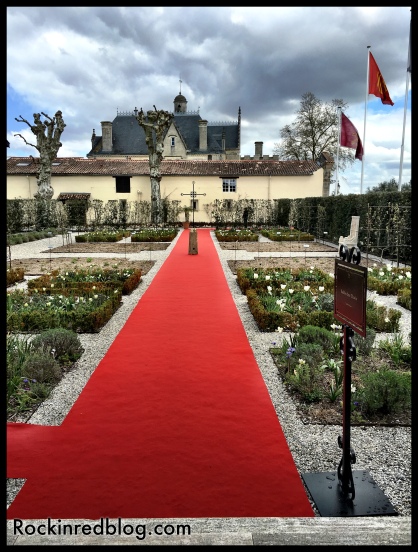 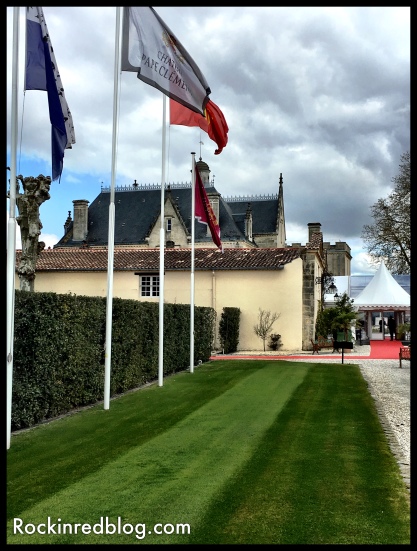 After lunch we were given an all access VIP behind the scenes pass to the workings of the winery. Château Pape Clément utilizes both ultra-modern technology and very traditional practices to insure the highest quality of their grapes. We were given a hands on demonstration of how the estate uses drones in their vineyards to measure vigor of the vines to determine pruning, fertilization and when and where to harvest the grapes. They refer to it as “precision viticulture” because the information provided by the drone allows for parcel by parcel care of the vines. The drone takes photos of the vineyards, then the software translates the photos into color coded maps that communicate what is going on in the vineyard. The drone must take a photo every five meter to create one map. After the vines are filled with leaves in mid-April, Château Pape Clément begins using the drones 1X per week through June. Beginning in July, the drones are used 2X per week until harvest in September. The drones were first utilized with the 2014 vintage.

After taking in the incredibly modern technology of the drones, we moved to the back of the same vineyard to learn how Château Pape Clément uses horses to till the soil and work the vines. Château Pape Clément uses horses in all four of their Grand Cru Class A vineyards. They believe the horses create a link between the vines, horses and people that causes a synergy in the bottle. The horses are used for mowing, seeding, and working the grounds. They use nine horses and two ox eight months a year. The horses allow for environmental protection in the most natural way. The estate explained tractors compact the soil and the impact was showing up in the vines; the horses churn the soil while making less noise. Plus visitors love to see the horses in the vineyards. A typical tractor weighs 200 tons. Château Pape Clément has designed special tools for the horses to pull that are considerably lighter and easier for the horses to pull. Additionally, a typical lawn mower engine uses 250 liters of gas; whereas the special engines created for the horse only use 3 liter of gas a day.

A wonderful juxtaposition between innovation and tradition take Château Pape Clément back to the future!

After our wonderful afternoon with drones and horses we were then taken on a behind the scenes tour by the Château Pape Clément winemaker.

Our wonderful day was not about to end. Before we had a private dinner in the beautiful event center designed by Mr. Eiffel (yes, of the tower!) Château Pape Clément had a very special tasting planned for us: caviar and wine pairing! If that wasn’t enough we sampled Bernard Magrez’s Japanese wine called Magrez-Aruga, crafted with the Koshu grape. It was delicious! 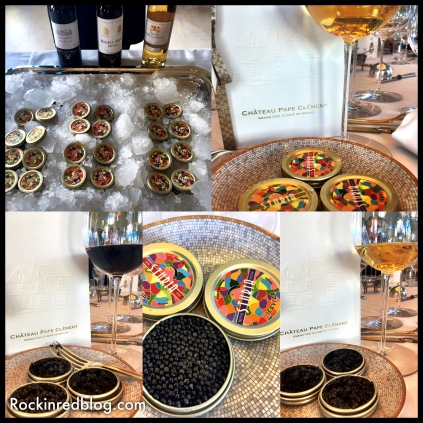 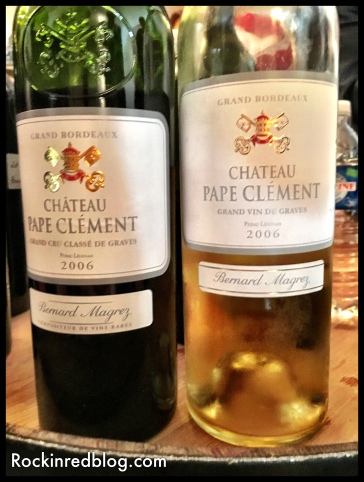 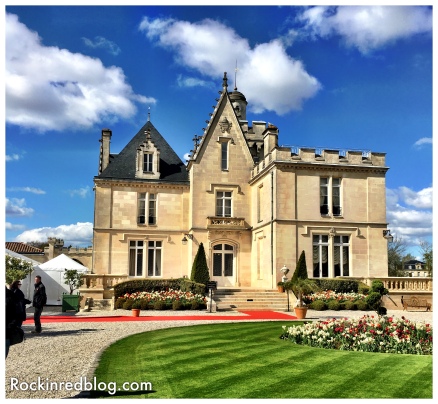 9 responses to “Château Pape Clément: Back to the Future”