We spent our first morning in Basque Country in the Alava Province. It is an area of great history juxtaposed with modern structures. For example, we visited a vineyard containing stone foundations from medieval wine presses located not far from Bodegas Ysios. If the landscape contains contradiction the families and wines do not. Rioja Alavesa is a land filled with Basque tradition, Basque pride, and legendary Basque hospitality.

Our first wine tasting stop was at Viñedos y Bodegas de la Marquesa, commonly referred to as Valserrano where we were met by the 4th and 5th generations of the Simón family: father Juan Pablo, son Pablo, and daughter Maria. This family winery began in the 1880’s, today still family owned and operated. They have approximately 70 hectares of vines in the municipality of Villabuena, housed between the lower slopes of the Cantabrian Mountains and the banks of the Ebro River. The vines are grown in higher elevation with difficult terrain and chalky soil, creating stress that results in wines with “personality,” as Pablo shared. Furthermore, these difficult conditions require tending to the vines by hand, including pruning and harvesting. The average age of their vines is 25 years.The beautiful Rioja Alaves a wines produced at Valserrano exemplify all that is wonderful about the wines from this region. 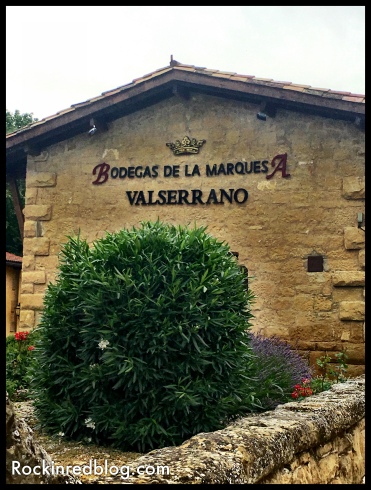 Following in their Basque footsteps, the Valserrano winery has respect of tradition as well as modernity. The wine making facilities are state-of-the-art modern; however, as Pablo showed us the wine caves, where the wine ages in both American and French oak barrels, dates back centuries. They have renovated the ancient caves somewhat to outfit them with electricity but since the caves are 10m deep they self-regulate perfect wine aging temperatures and humidity. There are unusual stone columns called Tyfera within the caves.  Pablo explained these columns date back to the winery’s origin and were used to help pull the smell of fermentation up to the ground level to not overwhelm those working in the caves. 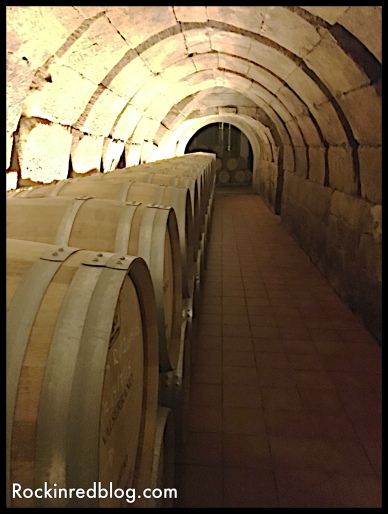 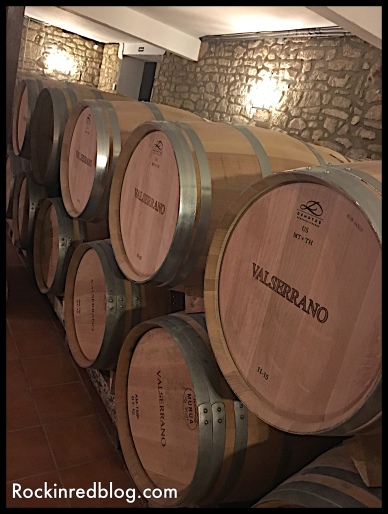 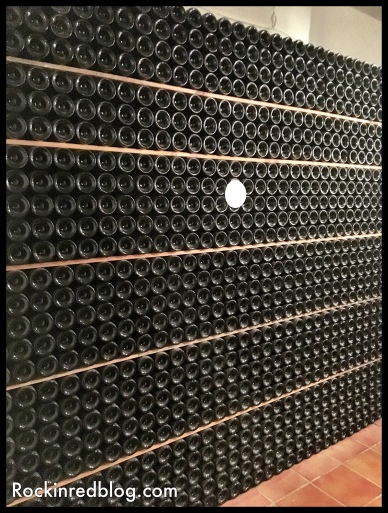 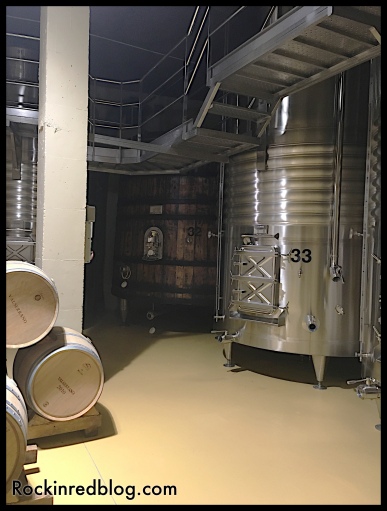 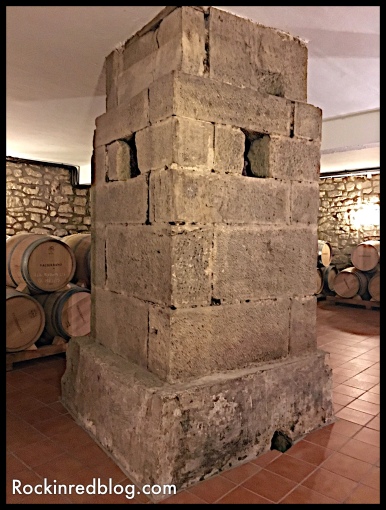 The Simón family planned on sharing four of their wines with us but as usual their Basque hospitality lead to us tasting eight of their delicious wines. I will tell you not only was I impressed by the quality of these wines, I was blown away by their prices. Of course they were quite inexpensive in Spain, but several of Valserrano’s wines are available in the US at Total Wine and they are all under $30. Sadly, the Rioja DO does not allow a sub-appellation designation of Rioja Alavesa on the bottles like many other wine regions do, so keep the Valserrano name in mind when you are shopping for Rioja! 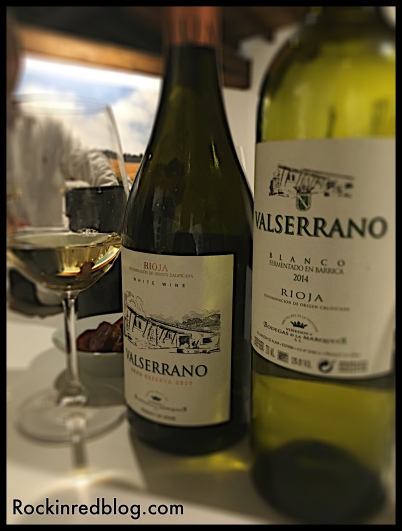 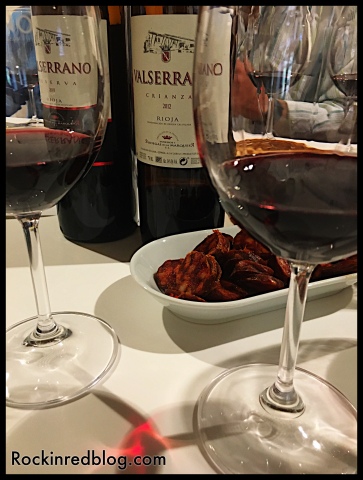 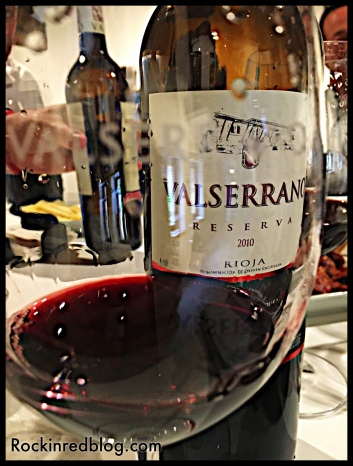 Valserrano Rioja Graciano 2009: 100% Graciano, the only true indigenous grape to Rioja Alavesa, low yielding grape this wine is only produced in exceptional vintages, it is a small grape with thick skin so it is difficult to work with but it blends well with Tempranillo; deep ruby with scarlet highlights; rich viscosity, fresh picked wild berries with spice, savory herbal notes, minerality; lots of complexity and character; special occasion wine; this wine will age beautifully for years; for a directional comparison think Cabernet Franc.

Nico 2010: Nico was born in 2010, crafted by winemaker Jaime de Simón from the best wines of an excellent vintage to celebrate the birth of his 1st son the beginning of the 6th generation of Valserrano; modern style Tempranillo, not originally crafted for commercial sales but such a big hit in the tasting room that production has increased; fresh, more fruit forward, with balanced spice notes; easy yet elegant 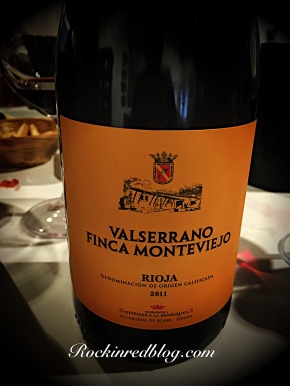 Valserrano Finca Monteviejo 2011: another special wine; crafted of 95% Tempranillo and a combined 5% Graciano and Garnacha; produced by the oldest vines in the vineyard planted more than 60 years ago; low yet high quality yield that provide a maximum expression of terroir; a sophisticated wine that was silky and elegant; deep red and black fruits, spice notes, licorice, smoky notes; rich on the palate but also a slight modern feel, elegant but approachable, round acidity, rich tannins, long finish, lots of year of ageability 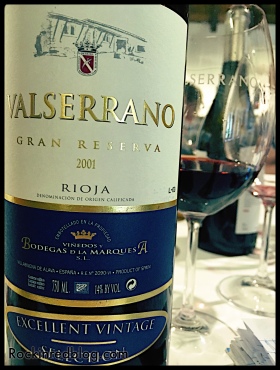 Valserrano Rioja Gran Reserva 2001: we were having so much fun father Juan Pablo was not ready for us to leave so he pulled this beauty out of the cellar; rich garnet with a brown rim expected of a 15 year old wine; notes of dried fruit, licorice, big and bold with loads of complexity and textures, lots of life left, well-structured wine with loads of life remaining, think Barolo as a comparison to this wine; man I wish I had brought some home!

Even though Juan Pablo only spoke Basque he was more than able to communicate his passion and love of winemaking, his family and Rioja Alavesa. Pablo and Maria both speak English. Furthermore, Pablo will be coming to a Total Wine near you toward the end of the year so keep your eyes open for details. I have my fingers crossed that TW will add the Nico and Finca to their Valserrano inventory. 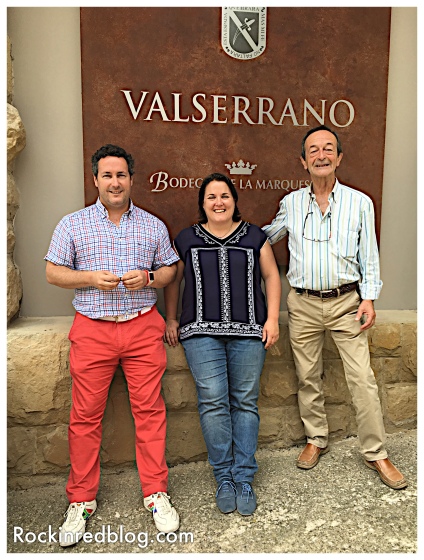 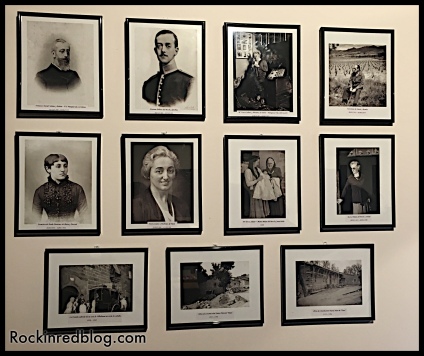 Each of these wines were really beautiful. If I could I would by each one of them, share them with friends and remember fondly my wonderful time with the Simón family at Valserrano!