A Bounty of Cabernet Franc

It’s an age old tale of forbidden romance resulting in a child out of wedlock. This child, a son, has a rivalry with his father. The child grows to become a confident, assured, ruler. He is loved by all, adored throughout the world. The rivalry begins to dwindle because the son has all the power, all the glory. However, the son did not realize the father had a champion, his prominence was on the rise, his cause taken up by a few. Then, one cold day in December 2015, everything started to change….

Last year Lori Budd, owner with husband Mike, of Dracaena Winery in Paso Robles and winemaker of Cabernet Franc set out on a one-woman campaign to create a day acknowledging Cabernet Franc. Lori selected December 4 as international #CabFrancDay because “Cabernet Franc is believed to have been established in the Libournais region of southwest France sometime in the 17th century, when Cardinal Richelieu transported cuttings of the vine to the Loire Valley. December 4th is the anniversary of Cardinal Richelieu’s death.” I hope you joined in the 2nd official #CabFrancDay celebrations last Sunday. In addition to honoring Cabernet Franc on December 4th our #WinePW group is celebrating the grape today with plenty of delicious pairings.

Many wine lovers know Cabernet Franc as one of the five Bordeaux grapes, predominately used as a “blending” grape. Though Cab Franc is the dad to Cabernet Sauvignon do not confuse the two grapes for offering the same flavors and textures. Cabernet Franc is a thin- 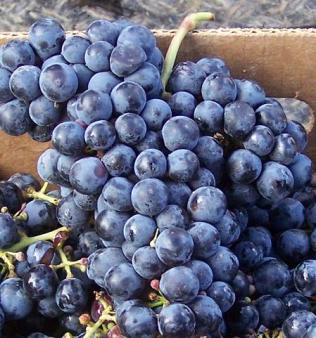 skinned black grape that results in light to medium body wine that typically delivers flavors of red fruit and soft blue fruits, chili peppers, bell peppers, and at times spice notes, savory herbal notes and a crushed stone minerality. It is also typically less tannic, less acidity and more cold hardy than Cabernet Sauvignon. It typically ripens a week earlier than Cabernet Sauvignon. Regions best known for Cabernet Franc include the appellations of St. Emilion and Pomerol in Bordeaux, and the Loire Valley. However, today Cabernet Franc is one of the world’s 20 most planted grapes and can be found growing in Italy, New Zealand, Australia, South Africa, United States, Chile, Argentina, and in Canada where it is crafted into Ice Wine. In the US Cabernet Franc has seen a rise in plantings and success in California, Washington, Virginia and Long Island.

Cabernet Franc is a food friendly wine. Because its characteristics overlap with Cabernet Sauvignon and Merlot it pairs well with most of the same foods. However, there are a few key notes to pairing foods with Cab Franc; first, its naturally higher acidity means it will pair well with tomato based dishes such as sauces, stews, and roasts; second, because of its natural pepper notes it pairs well with dishes that include a variety of peppers and savory herbal notes such as thyme, coriander, and oregano; finally, it enjoys being paired with hearty vegetables such as beans, mushrooms, and lentils. 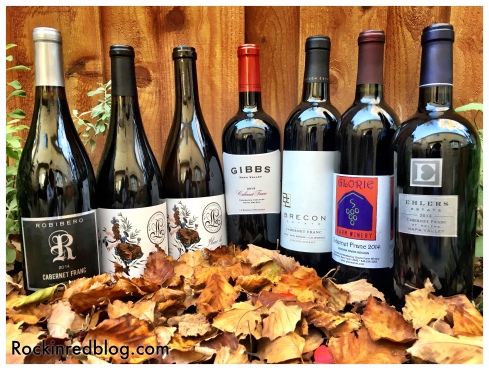 I was blessed to receive 6 media samples in honor of #CabFrancDay. Here some brief notes on each wine and a delicious pairing:

My formal wine and food pairing involved the Ehler’s Estate Cabernet Franc with a delicious meal of Braised Lamb Shanks and Beans, perfect for a cold, rainy weekend. The meal was inspired by an article by FoodWineClick, it was a truly perfect pairing with the cab franc. 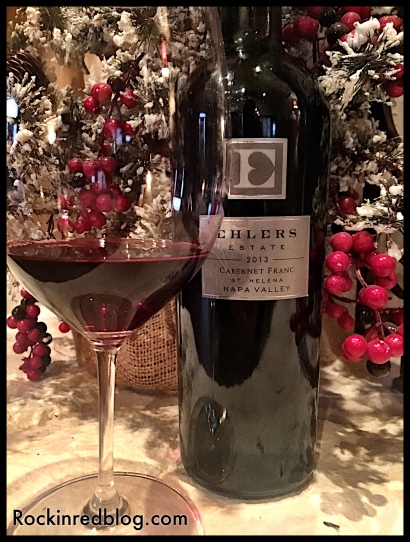 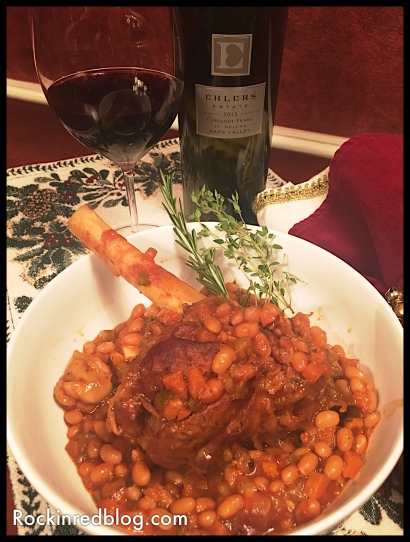 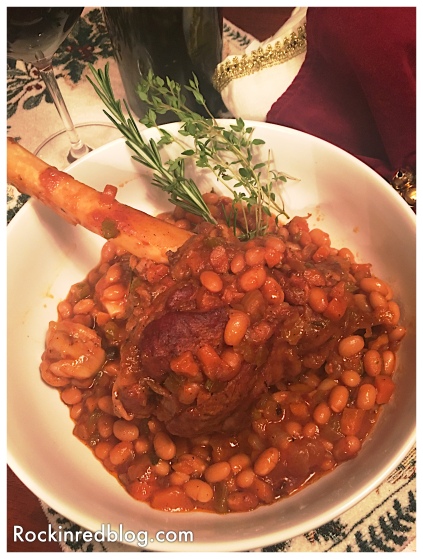 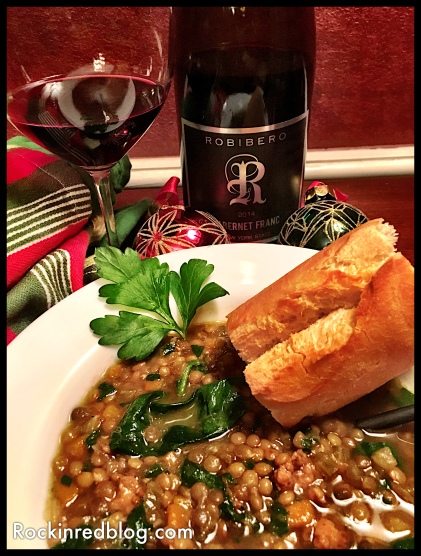 Jade of TastingPour will be talking about  Leah Jorgensen Cellars: Faces of Cab Franc

Do you have a favorite Cabernet Franc producer? What is your favorite region that produces Cab Franc? Favorite food pairing?

Join us for part two of #CabFrancDay discussion this morning at 10am when we gather on Twitter using #WinePW to share our findings of Cabernet Franc.

Get your own bottle of Cabernet Franc and let me know what song you pair with it. Cheers!

25 responses to “A Bounty of Cabernet Franc”