Not Throwing Away My Shot

“How does a bastard, orphan, son of a whore and a Scotsman, dropped in the middle of a forgotten spot in the Caribbean by providence, impoverished, in squalor grow up to be a hero and a scholar?” ~ Aaron Burr[1]

Thanks to the outstanding musical Hamilton, the history of Alexander Hamilton and Aaron Burr has been thrust into pop culture. Alexander Hamilton contributed in many ways to the founding of our country. One significant offering of Hamilton’s was his participation, along with James Madison and John Jay, in the writing of the Federalist Papers, in fact he wrote 51 of the 85 articles. The papers were written to encourage support of the ratification of the US Constitution. Though influential in New York, it is largely uncertain how much impact they had outside of that state.

I had the great pleasure (I cannot over-state that) to see the musical Hamilton on December 30 in NYC with my husband. We have both seen numerous musicals in our lives on Broadway and in Dallas. Needless to say we were both overwhelmed with the superb quality of the musical and performances. We LOVED every minute of it! I had begun listening to the wonderful soundtrack many weeks before we attended the show. By knowing most of the words to the songs, I felt an extra connection to the characters on stage.

In my opinion, Hamilton depicts Alexander Hamilton in a manner that is compassionate, thoughtful, and human. It seems Lin-Manuel Miranda felt a level of grace and understanding for his main character, who seemed so desperate to prove his worth. We (the audience) are offered insight to Alexander Hamilton through Aaron Burr, Jefferson, Washington, the Skyler sisters, and even Hamilton himself. What the musical does make clear is Hamilton’s lack of confidence, inferiority complex, and at times lack of self-control. What it does not make clear is really how under-handed Hamilton was to achieve his own success, often at the expense of others and his own integrity.

UShistory.org offers a succinct bio on Hamilton that does illustrate his underhanded tactics, back-stabbing, and lack of loyalty to get ahead. It seems that although Hamilton was an important figure in the founding of this country, in the end his lack of notoriety is due to his own poor character. Case in point: Aaron Burr. Hamilton and Burr were “friends” for decades. However, through the years Hamilton frequently undercut Burr to get ahead. As UShistory.org describes, “After fifteen years of having every political aspiration thwarted by Hamilton, Burr was seething with anger and itching for revenge. When Burr read statements published by Hamilton to the effect of: he is ‘a dangerous man and one who ought not to be trusted with the reins of government’, it was the final straw. Ultimately, Burr challenged Hamilton to a duel. On July 11, 1804, Hamilton was mortally wounded and he died the following afternoon in extreme pain at the age of 47.”

This whole idea of a duel seems crazy to me. There were specific rules, it was governed, and completely legal. Although the nation was in shock over the death of Alexander Hamilton, it was not because of the duel. By 1804, dueling was a fairly common means for settling a disagreement. Franklin and Washington staunchly condemned dueling. Religious pamphlets were circulated explaining how dueling wrong, yet it continued, especially in the south, till the Civil War.

As crazy as all of this was, it does seem like a fun idea for wine. I actually received the sample of the wines below before I saw Hamilton; however, I wanted to wait and review them so I could tie all of this together. What better day to share these wines and my Hamilton experience then President’s Day?!

In addition to Hamilton and Burr, both George Washington and Thomas Jefferson play prominent roles in Hamilton. Madeira was the drink of choice among our presidents in the 18th century. In fact, it is rumored Jefferson enjoyed madeira while penning the Declaration of Independence and members of the Continental Congress raised a madeira toast in Philadelphia on July 4, 1776. Furthermore, Washington was known to be both a connoisseur and collector of Madeira. It is only fitting to include a lovely bottle of Madeira in honor of President’s Day as well. 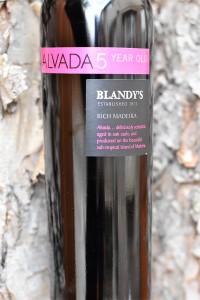 These two wines are ideal for President’s Day enjoyment. However, they are also perfect to enjoy any day, any time. Both are widely distributed and should be easy to find at your favorite local wine retailer. If you prefer you can purchase The Federalist Dueling Pistols direct by clicking here.

My Song Selection: I shared with you how much I have enjoyed listening to the Hamilton soundtrack. Additionally, I have really enjoyed listening to the Hamilton Mixtape, filled with modern artists singing the songs from the musical in their own style. The Hamilton Mixtape also offers some great collaborations. By now, Feb 20, if you have been paying attention you have noticed I am honoring black history month by choosing fabulous  African-American artists for my song selections. For this song selection I am choosing Alexander Hamilton’s main song from the musical; however, since the musical version is sung my Lin-Manuel Miranda I am not using the original version for this article. Instead, I am using the Hamilton Mixtape version featuring The Roots, Busta Rhymes, Nate Ruess, and Joell Ortiz. Enjoy!

Get your own bottles of 2014 The Federalist Dueling Pistols Red Wine and Blandy’s Alvada Rich 5 Year Old Madeira and let me know what song you pair with them. Cheers!