This summer in North Texas has been oppressively hot. I typically do not avoid a certain grape or color of wine due to the season. However, when the mercury is well over the 100 mark, I am not thinking about hearty foods, instead I want something light and refreshing. More than anything my food choice dictates the wine I drink. That is why a hot summer is the ideal time to enjoy Rias Baixas Albariño.

I am a big fan of Albariño. It is crisp, refreshing, and thirst quenching. Its food friendliness makes it a go to wine any time of the year, but in summer it is a must! This month our #WinePW group is exploring the beauty of Albariño.

I have enjoyed many Albarinos from the US; however, this month I am going to focus on its home – Rias Baixas, Spain.

About Rías Baixas from their web site:

Denomination of Origin (DO) Rías Baixas is renowned for the Albariño grape, an indigenous variety that produces some of the world’s foremost white wines. Located in the Galicia region of northwestern Spain, the DO was formally established in 1988. Albariño has always been the flagship of this coastal region. In Rías Baixas’ unique climate, Albariño shares the same mineral-rich soils and cool climate as the world’s other renowned white wine-producing regions, including France’s Loire Valley, New Zealand, and the Rhine region of Germany.

Characteristics of Albariño as explained by Rias Baixas: 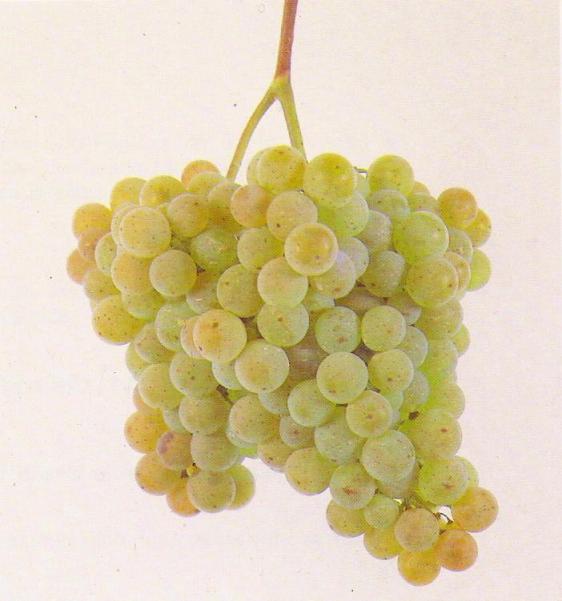 Pale golden lemon, they are all crisp, elegant and fresh. These wines are bone-dry and aromatic, packed with flavors of white peach, apricot, melon, pineapple, mango and honeysuckle. They share good natural acidity, have mineral overtones, and are medium bodied with moderate alcohol (12%).

The wines I enjoyed both fit this description.

I chose to pair two Rias Baixas Albariños with one delicious meal – teriyaki salmon patties with grilled bok choy and peanut sesame noodles. The meal was full of flavor, easy to make, and paired beautifully with the two crisp, refreshing wines for a killer Tuesday night dinner. It is a great way to beat the heat without cutting flavor or satisfaction. 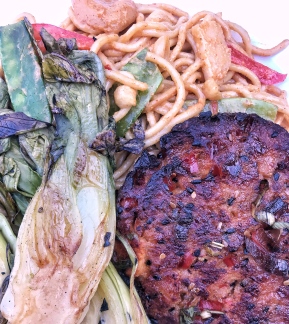 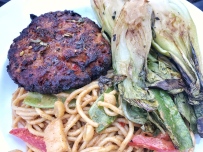 Check out what my fellow #WinePW friends have paired with Albariño:

12 responses to “Beat the Summer Heat with Rias Baixas Albariño”